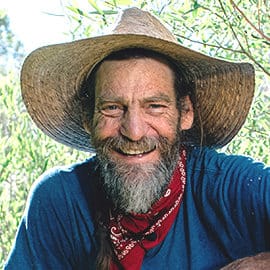 Brenton Kelly was born in Lusaka, Northern Rhodesia. By his first birthday he saw the peaceful liberation and birth of the nation of Zambia. By his tenth year he had witnessed a variety of civil & revolutionary conflicts across Africa. His father was a Voice of America radio corespondent who then took his family over to Southeast Asia to cover the communist insurgency in Vietnam. The world was as big as domesticated elephants and was filled with sustainable handcrafts like the banana leaf to-go wrappers around the fresh roasted squid being sold from the bicycle powered street vendor in our neighborhood. These were some of the last truly functional subsistence economies and culturally intact communities seen by the open eyes of youth. The world population has more than doubled since then but Brenton still seeks inspiration from those impressionable experiences in Africa and Asia.

In 1980, Brenton came to Southern California to attend UCSB. With a BA in Environmental Studies & Studio Art, he went forth to make beauty of the world. The Isla Vista Recreation & Park District proved a great place to practice the art of land stewardship. For ten years he managed the IVRPD grounds crew and 30+ acres of organic public open space; including a public events theater, community gardens, beach bluff top play grounds & passive use conservation lands with a State funded vernal pool restoration project. In 1998 Brenton, with old friend Matt Buckmaster, bought Island Seed & Feed from founder (and their good friend) Phil Boise. Island Seed and Feed is the south coast organic (read: Permaculture) headquarters for the farm & garden. For the next ten years it served well as an outlet for Brenton’s desire to share the knowledge behind least toxic low impact human activities. He became a self proclaimed compost evangelist. “Let there be a worm box for every kitchen & classroom”. Island always had the best customers; all looking for healthy solutions, not toxic chemistry for their homes & landscapes. Then Warren Brush & Paul Swensen came in with the news that they had closed on 450 acres in the Cuyama Valley. A Store account was opened in the name of Quail Springs and very good things have come of the relationship.

In 2008 Brenton and his wife, Jan Smith, moved to Quail Spring to help advance the food production systems and program offerings, by farming and teaching. Brenton has served on the Board of Directors of Quail Springs as Treasurer and is the bookkeeper for the farm. He brings to his teachings over 30 years of experience in soil building, gardening, non-toxic land management and animal husbandry. His passion for land regeneration has led him toward the work of Bill Zeedyk and Craig Sponholtz, and in 2011 he studied with Craig, and began to implement this work through projects and course offerings at Quail Springs Permaculture, and the Quivira Coalition.

“It’s our responsibility to understand and mimic the patterns and the processes of the natural world and to integrate this into our ethics and behavior.” –Brenton Kelly