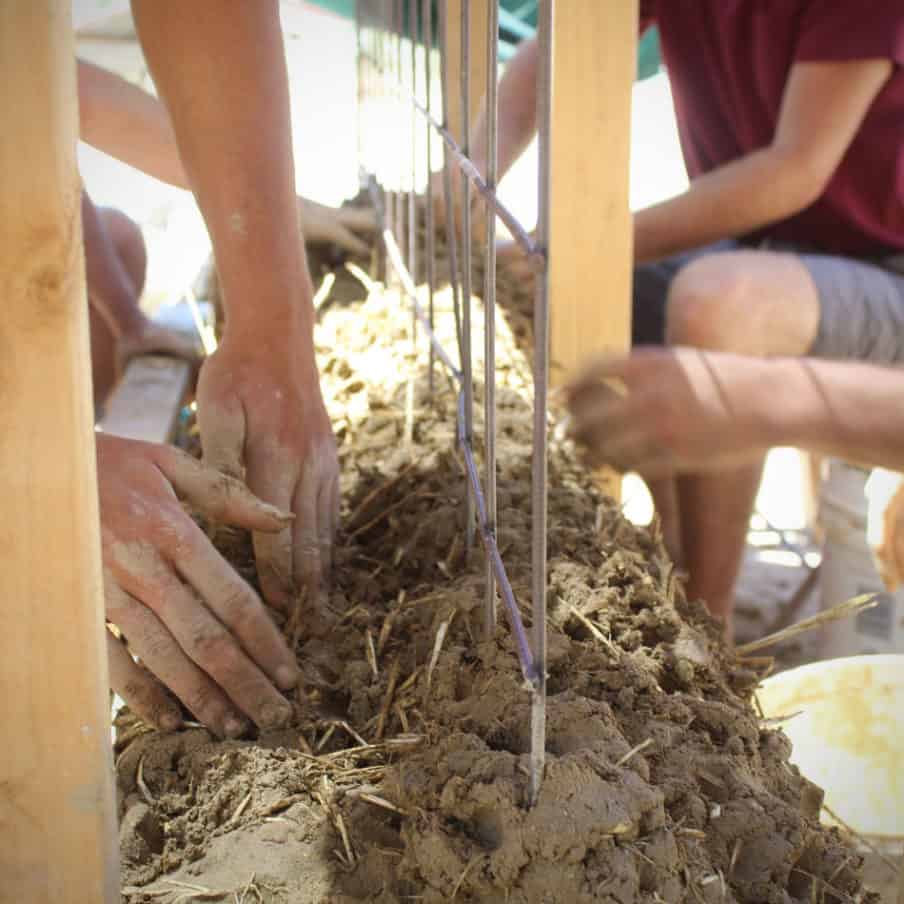 We are excited to announce a groundbreaking collaboration with Cal Poly SLO to do earthquake testing on cob walls! Many things have fallen into place to make the project happen, including a woman who is doing her thesis on this project, and Cal Poly’s generous offer to support this public benefit project with deeply discounted access to earthquake testing equipment and expertise ($10,000 rather then the usual $70,000!)

There is only one known in-plane cob wall test and no out-of-plane tests. Testing is needed to get basic engineering values to plug in to the equations engineers use to show that cob can take the required loads. Without these numbers, any cob permit application is basically stuck at the starting line. Numbers from cob testing can be used over and over again for any/all cob permit applications. In parallel with this testing, Art Ludwig and others are working on a permit application for what would be a landmark precedent for sustainable affordable housing: a small village of five two-story cob cottages in downtown Santa Barbara, at an address with some of the highest forecasted earthquake forces in the state.