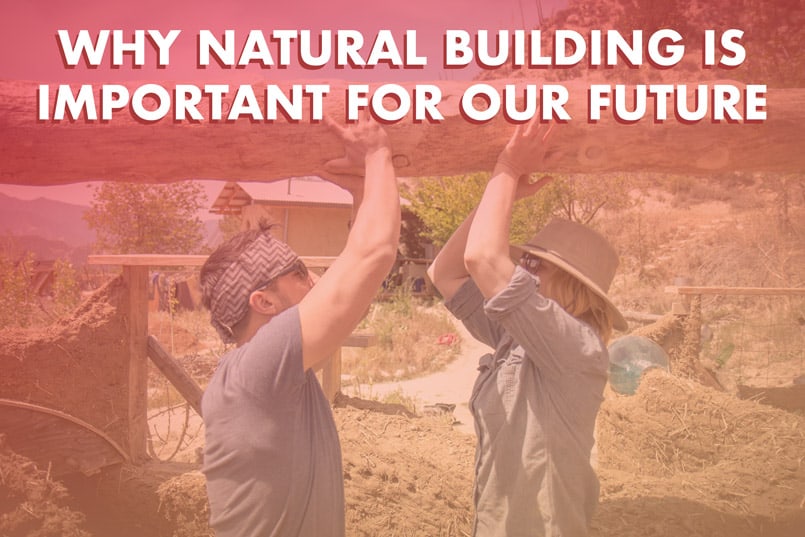 A wide variety of methods of building with earth are found throughout the world. These variations include the methods of construction and use of different mixtures of earth. The style of earthen buildings and their materials vary greatly from one region to another, and sometimes from one village to another, even within the same region. Most of these structures are some combination of aggregate, clay, fiber and water, but the variations of the materials themselves, as well as the proportions and ratios can produce a multitude of techniques and composite materials for a large variety of uses. For example, the fiber used can range from horsehair to branches, and the aggregate may range from sand to large stone. In all parts of the world earthen architecture reflects the local environment and the spirit of the builders, dwellers, and culture of that region. 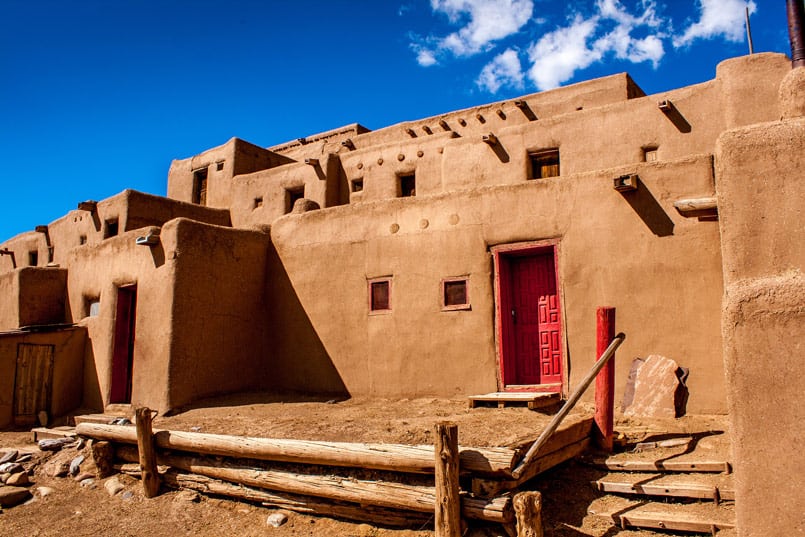 Taos Pueblo is an ancient Pueblo belonging to a Taos-speaking (Tiwa) Native American tribe, which has been continuously inhabited for over 1000 years.

With the extraction of oil, and therefore the development of modern-day transportation, our ability to transport building materials long distances became common practice. People no longer had to rely on their local environment for materials. As the transportation systems developed and increased, so did the homogenization of our built environment. Today, building materials are transported all over the world, enabling the ability to create identical buildings in many parts of the world. Today’s natural building movement is rooted in re-localizing the buildings we live in.

The natural building movement that we experience today is based on our own choices and philosophy, rather than being the only way to build that our ancestors experienced. Today’s natural building is based on a philosophy that places the highest value on environmental sustainability. Natural building is about integrating our built environments into their local ecologies and communities with minimal adverse effects on local and distant environments and societies. The difference between now and then is that building with natural materials is a choice for those of us in more wealthy countries, rather than the only option. In many places around the world earthen building is undesirable because it is seen as the “poor persons building”. Ironically, here in the US, most natural building systems are out of reach for anyone but those of us who have access to land and are privileged enough to be able to seek out these very niche skills, not to mention dedicate the time to building one's own shelter. For the most part, natural building is a movement of the privileged in the US. We deeply hope this can change. 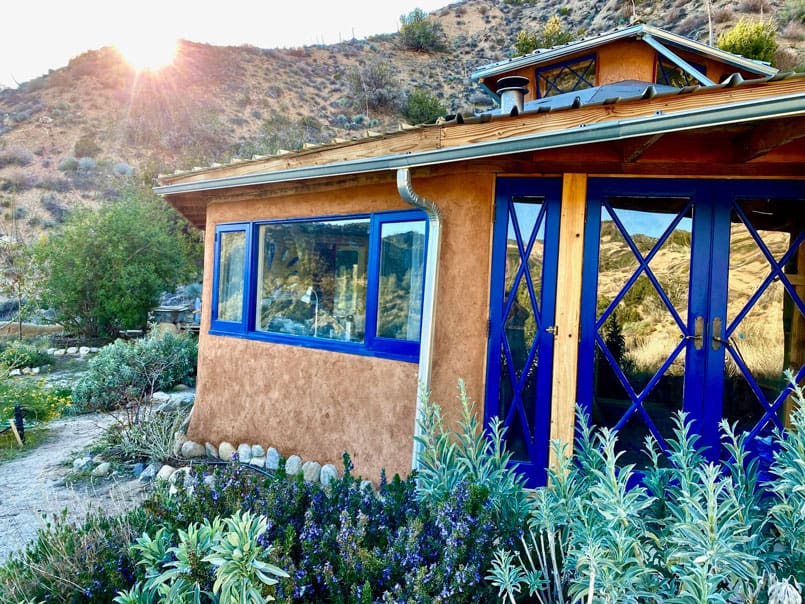 One of the structures at Quail Springs, which is built using a combination of earthen building materials and techniques, including cob, light straw clay, earthbag, and adobe.

How do we shelter ourselves?

It was not that long ago that most of us would have had a relationship to the buildings that shelter us, and the ability to fix, expand, repair or rebuild when the need arose. Most of our grandparents, including those of us from the industrialized North, practiced natural building. Before the advent of standardization, mass production, and long-distance transport, people relied on locally available materials to house their families.

Why then, do we have so many people today without shelter?

I believe that the root cause of our houselessness problem in the US is rooted in policy and codes, and how our capitalist system influences the laws of what is legal to build, and what is not.

How does profit shape our building industry?

Here in the US, any citizen can submit proposals or changes to building codes. Although this sounds supportive in theory, it isn’t actually approachable in practice. In order to get most methods incorporated into code you need rigorous testing. Generally testing is done by companies that hope to make a profit on the building material they are testing. How then, do we achieve testing of building materials that no one will ever make a profit on? In order to write, engineer, propose and pass the cob code, it has cost somewhere in the range of $75,000, paid for by a variety of donations and private funders, and this is still with much of the work being done voluntarily. The fire testing that Quail Springs carried out cost roughly $50,000, and again, that cost is with much of the labor being voluntary and unpaid. The structure of the system that dictates our ability to build shelter is deeply flawed, and primarily profit driven.

In addition to regulations on what one is able to build on one’s land, another fundamental obstacle to building one’s own home is access to land itself. And even with access to land, there are regulations that dictate what can and can’t be built on that land. While I don’t want to brush over or diminish the challenges and inequities of land access, I do believe that if we had more freedom and flexibility to build on land once we owned it, there would be a lot more opportunity to build shelter. We could raise the money to purchase empty lots in cities and fill them with several tiny cabins. We could lease land owned by cities to build small housing coops (much like community gardens). People could build more housing units in their own backyards. While I realize that these housing options are not the best option for many people in the long term, they are no doubt better than having no home at all.

A new paradigm of safety

Many of the laws and regulations that dictate what and where we can and cannot build are created in the name of safety. While I understand that we need some guiding bodies regulating what is deemed “safe”, and while some aspects of our built environment have become safer, I don’t feel that the current regulations take enough aspects of safety into account. Current regulations address things like house fires, structural collapse, egress, water and wastewater, electricity, etc.. But regulations entirely ignore the risks of not having a house at all (and all of the danger that comes with being houseless), the climate impact of our building materials, risk to future generations, loss of habitat, pollution and the toxic off gassing from structures burning in wildfires (which continues to be a greater issue as fires increase in number and size), just to mention a few. The risks are changing rapidly, while the regulations are not. If we truly took these newer hazards, as well as the longer-term hazards into account, the materials we build with would look very different.

The benefits of industrial materials

There are many benefits of industrial materials: they are predictable, testable and often relatively fast to build with. Many of these factors make big changes in this industry slow and challenging; the whole system is set up to work with materials that are predictable and testable. As natural builders we are advocating for massive changes to the system that governs our built environment. One thing I want to point out, since I mentioned speed, is that with many natural building materials we are taking the material from its totally raw form and creating building materials from scratch. If we were to go through the same process for a 2x4, by first felling the tree and then milling it, I don’t believe it would be faster to build with. And, if a 2x4 had to go through the same amount of fire testing that ‘new’ building materials are now required to do (including the very ancient methods of earthen building), the 2x4 would not pass today's requirements.

Especially here in the western United States (but many other places around the world as well), constructing buildings that are more fire resistant should be a top priority. Every year we are losing entire towns and small cities to fire storms, in ways that only a few years ago were unprecedented. Building a fire resistant structure requires more than just replacing wood with earth: There are many details that need to be taken into account, but the shift is very doable. The importance of building fire safe structures involves taking into account the flammability of the materials and assessing the toxicity of the materials when they burn.

In 2021 we built and tested 2 earthen walls and performed ASTM E119 tests. This test is basically what is required to prove that earth does not burn. The walls performed even better than expected. The test wall was exposed to 1,850°F for two hours, and then rotated and blasted with a 2.5” fire hose for two minutes, while being top loaded with 67,000 lbs. Unlike other assemblies, adobe does not emit toxic fumes or smoke upon heating. And it’s critical to note that the code fire ratings do not take into account the mortality that comes from the toxic fumes that are emitted from conventional buildings being burned down. While working on these walls, there were many times when the facility was testing other materials that were so toxic we had to wear N95 masks and leave the area. 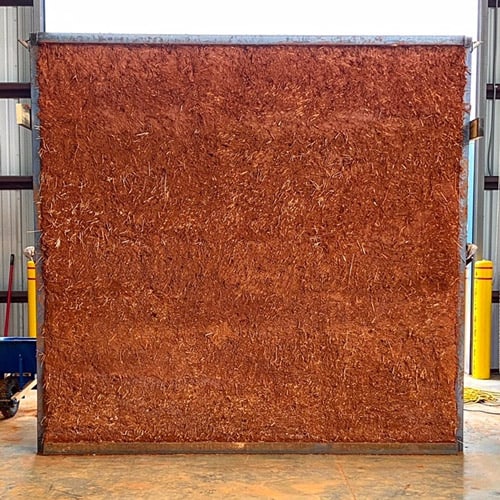 This is one of the two walls we built at a facility in Texas that was then tested for an ASTM E119 fire rating. 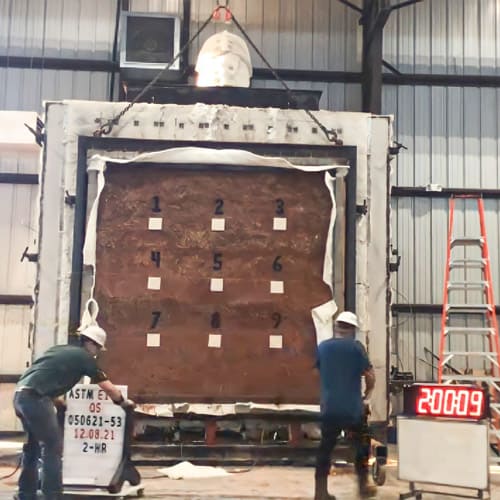 This is the same wall after being exposed to fire on the back side for 2 hours. You can see that this side of the wall showed no sign of damage, and only changed temperature by a few degrees on the front side!

Housing as a human right

Here in the US we don’t have housing or land shortages, we have systemic housing and land distribution problems. We don’t have a lack of willingness to build homes, we have the lack of adaptive systems that allow us to shelter ourselves. I believe that living in a small cob shelter, even with all the risks and unknowns it might bring, is safer than living on the street in a tent. I believe that housing should be a basic human right. It is long past due to look at the larger picture of safety and adapt to the changing world around us. We don’t have much of a choice. I realize this is no small task, but we can start small.

Companion text to all video lessons