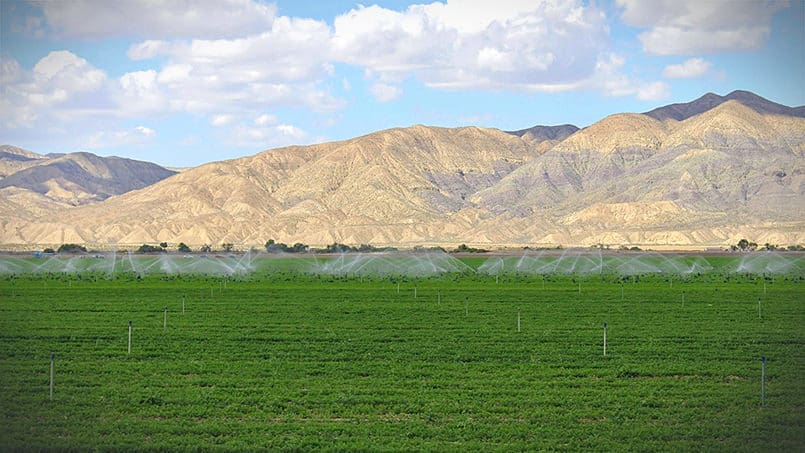 When electricity was first made available in the Cuyama Valley in the first half of last century, pumps began extracting the seemingly abundant groundwater in this otherwise dry high desert environment. All the formal hydrologic reports that have been researched and published on the basin suggest the imbalance was apparent within a decade. Groundwater extraction has increased over the years without any self-regulating restrictions and now almost three times as much water is removed than is naturally replenished each year. Today Cuyama is identified as critically over drafted and is a high priority for regulatory oversight

In 2014, the California legislature enacted the Sustainable Groundwater Management Act (SGMA) in response to the continued overdraft of California’s groundwater resources. SGMA requires preparation of a Groundwater Sustainability Plan (GSP) to address measures necessary to attain sustainability. Sustainability is generally defined as long-term reliability of groundwater supply, and the absence of any undesirable results. In 2017, in response to SGMA, the Cuyama Basin Groundwater Sustainability Agency (CBGSA) was established to develop a GSP. Quail Springs staff Brenton Kelly was appointed to the Standing Advisory Committee to represent local stakeholders and remains deep in the weeds of local hydrogeological regulation.

After more than two years of chapter by chapter review and comments at the local level, the CBGSA adopted and submitted a GSP to the California Department of Water Resources (DWR). The Plan is currently open for an extended public comment period ending May, 15. 2020. The public can view all GSPs and make comments here. The Plan attempts to eliminate all undesirable results associated with groundwater extraction by the year 2040. Some small projects are proposed to augment natural recharge (cloud-seeding & storm water diversion with infiltration ponds), but most of the correction will have to come from pumping reductions in the central part of the valley.

A historical average of 60 Thousand Acre Feet (TAF) of water has been extracted each year, but only 22 TAF is considered the Sustainable Yield from the natural recharge of rain and snow.

If this plan is successfully implemented it will be a major disruption to all major pumpers who have been engaged in the excessive and unregulated extraction that has been dewatering the aquifer for the last half a century. In the next 10 to 20 years, the face of agriculture in the center of this valley will have to change and that will be very challenging for the property owners and their operations. The question remains as to whether the big operations will cooperate with implantation or challenge the GSP in court.
As one of my very first mentors in issues of sustainability once wrote:

Unless someone like you cares a whole awful lot, nothing’s ever going to change, it’s not!